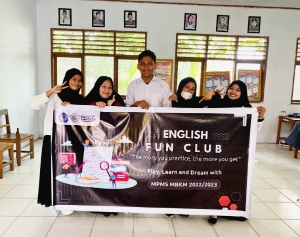 The English Fun Club program we performed at SMKN 2 PAGUYAMAN was going very well. Even though this is the first meeting of the funhfunclub program but got a positive response from the SMKN 2 PAGUYAMAN smusensis, the participants we invited to the program are class X. With this program we hope the X graders in SMKN 2 PAGUYAMAN can improve their English skills and also increase a new vocabulary that students do not already know. 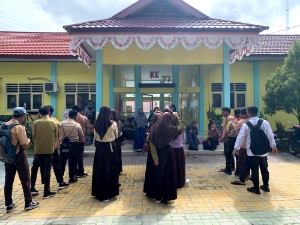 The beginning of the activity begins with the name of the group by the name of the animal as well as the yell-yell, the goal is for each meeting of this activity to be a happy and zealous start. Then determining who makes the most glee yell will get one star award. Star awards are a point earned by each group, for the group that most collects star awards will get a prize at the closing of the program later. This results in a positive response from students who are becoming more energetic at collecting points. 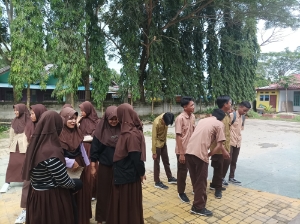 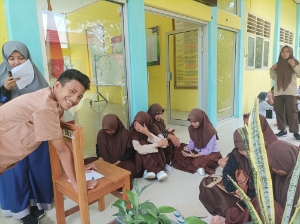 Then the core activity begins with a game aimed at improving the students' vocabulary skills. As its name suggests, the English Fun Club will naturally create a lot of fun games and will certainly attract the student more than the monotonous activity in the class carried out by the students on a daily basis. The games carried out at the beginning of the meeting on this activity are whisper games, students are asked to march regularly, then the first person will be given the one sentence that has been provided, then the person must whisper the sentence to the next and will continue to whisper until the sentence reaches the last person, if the last person guessed correctly the whispered sentence, Then the group will get a star award (point). 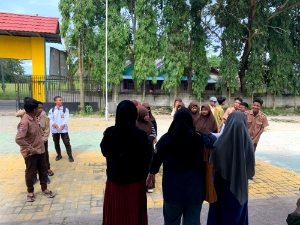 At the end of the activity will be concluded by a reflection for each group and also grateful for the participation the students have given in the program. 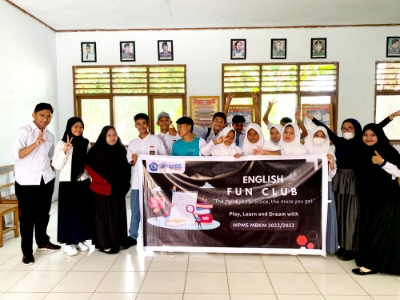 The program is conducted every Friday and there is, of course, a tremendous amount of excitement involved. We students at gorontalo state university are very grateful to those who are, of course, involved in the program's success